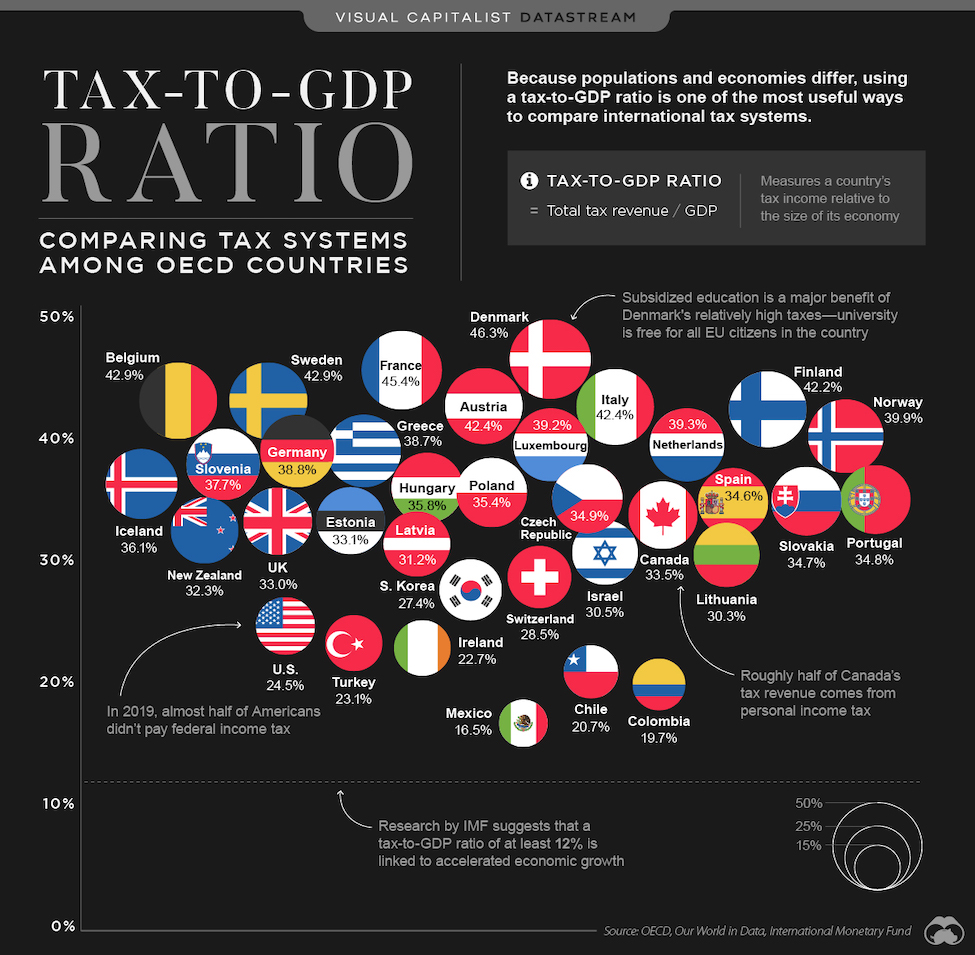 Taxes are an important source of revenue for most countries. In fact, taxes provide around 50% or more of government funds in almost every country in the world.

How does each country’s tax system compare to one another? This question is tricky to answer. Since countries’ populations and economies differ greatly, measuring total tax revenue is not the best way to compare international tax systems.

Instead, using a tax-to-GDP ratio is one of the more useful ways to compare tax systems around the world.

What is the Tax-to-GDP Ratio?

The tax-to-GDP ratio compares a country’s tax revenue to the size of its economy, which in this case is measured by its GDP.

The higher the ratio, the higher the proportion of money that goes to government coffers. If managed effectively, this can support the long-term health and prosperity of an economy. According to research conducted by the International Monetary Fund, countries should have a tax-to-GDP ratio of at least 12% in order to experience accelerated economic growth.

The countries that are part of the Organisation for Economic Co-operation and Development (OECD) all meet that threshold, with an average tax-to-GDP ratio of 33.8%.

This article was written by Nicholas LePan and originally appeared on Visual Capitalist. Read the original article on VisualCapitalist.com