An article by Dimensional Advisors.

On May 4, the US Federal Reserve Increased the target federal funds rate by 50 basis points as part of what the central bank said will be a series of rate increases to combat soaring inflation in the US. Some investors may worry that rising interest rates will decrease equity valuations and therefore lead to relatively poor equity market performance. However, history offers good news: Equity returns in the US have been positive on average following hikes in the fed funds rate.

The Surprising Dividends of Transformed Investing 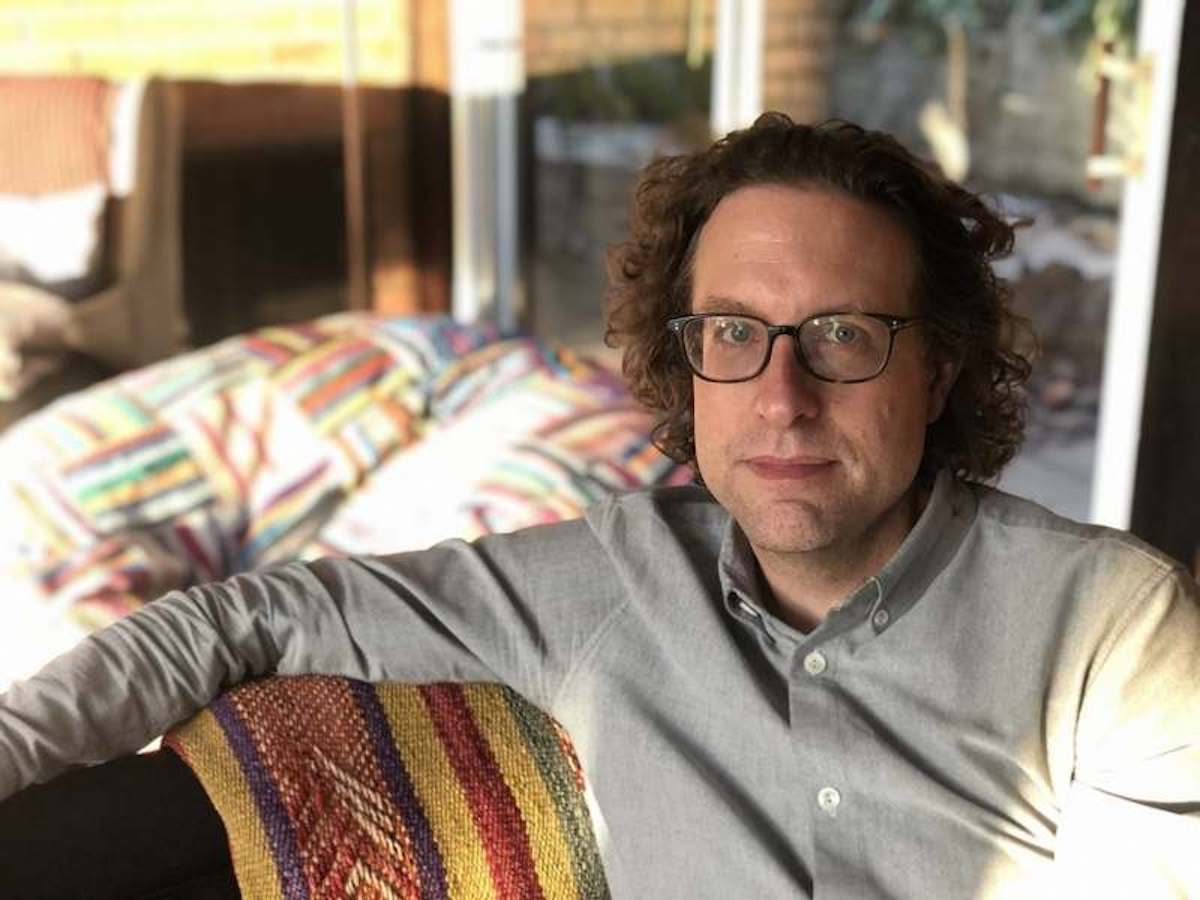 I’ve been working in sitcom writing rooms for the past 25 years, and one of the most discussed, and least understood, topics is investing. To be in one of those rooms means that you have already beaten the odds. In success, the financial benefits can be fast and huge (Google “writer” plus “nine-figure deal”), but in failure, the financial misfortune can come even faster and be even more extreme.

So what do you do? How do you plan when there’s no way to know which show you’ll be working on one, three, or five years from now? Or whether you’ll be working at all? Thanks to my exposure to a better way of investing, I have an incredible advantage over almost every one of my colleagues. 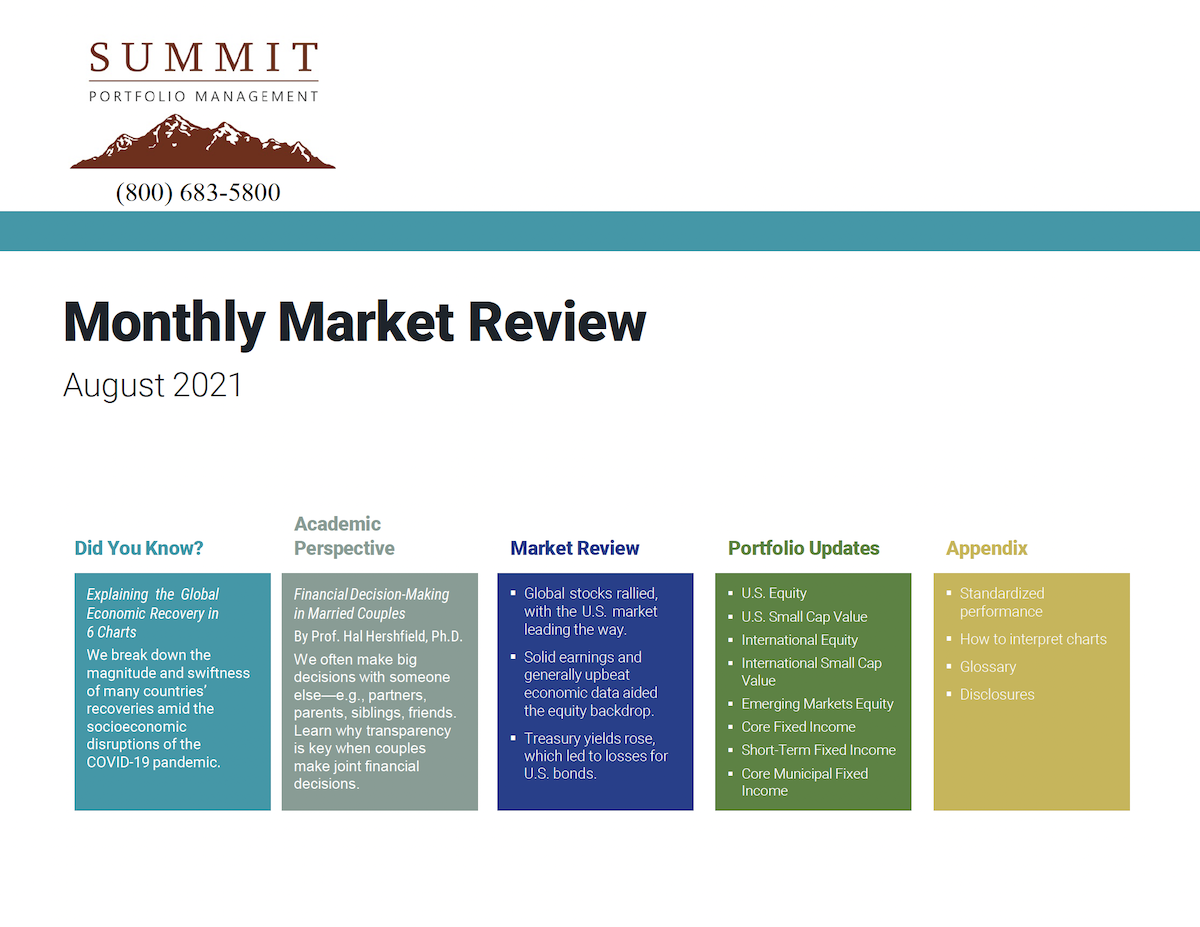 This report features a market review that discusses global stock trends, U.S. stock returns, and U.S. Treasury yields. There's also an article illustrating the magnitude and speed of the economic recovery since the onset of COVID-19 and the subsequent recession, as well as an academic article: Financial Decision-Making in Married Couples

Why Should I Invest Outside the US?

Why Should I Invest Outside the US?

Should I be concerned about the recent underperformance of small and value companies?

When you go through a time period like we have gone through recently where value has underperformed growth, and small caps have underperformed large caps, it's natural for people to want to question if they should change their asset allocation. However, getting past the recency bias and understanding that we want to make investment decisions based on probabilities rather than possibilities may lead to a better investment experience.

Taking a step back, we know that both the value and size premiums are rooted in sound economic theory. All else being equal, companies with lower relative prices (value stocks) and lower market capitalization (small cap stocks) should have higher expected returns. In addition to being economically sensible, these premiums are supported by a preponderance of evidence spanning nearly a century in the US and more than five decades in non-US markets.

While we wake up every day and expect positive value and size premiums, we understand there is volatility associated with pursuing these premiums. Exhibit 1 shows the percentage of 1-, 5-, 10-, 15-, and 20-Year periods with negative premiums in the US equity markets through December 31, 2019. As illustrated below, there will be times when we experience negative premiums, but as an investor, you need to determine if you want to make a decision that has a high probability or low probability of success.

Emerging markets are an important part of a well-diversified global equity portfolio. However, recent history reminds us that they can be volatile and can perform differently than developed markets. In this article, we provide a longer historical perspective on the performance of emerging markets and the countries that constitute them. We also describe the emerging markets opportunity set and how it has evolved in recent years.

How do Elections or Party in Power Affect Stock Returns? 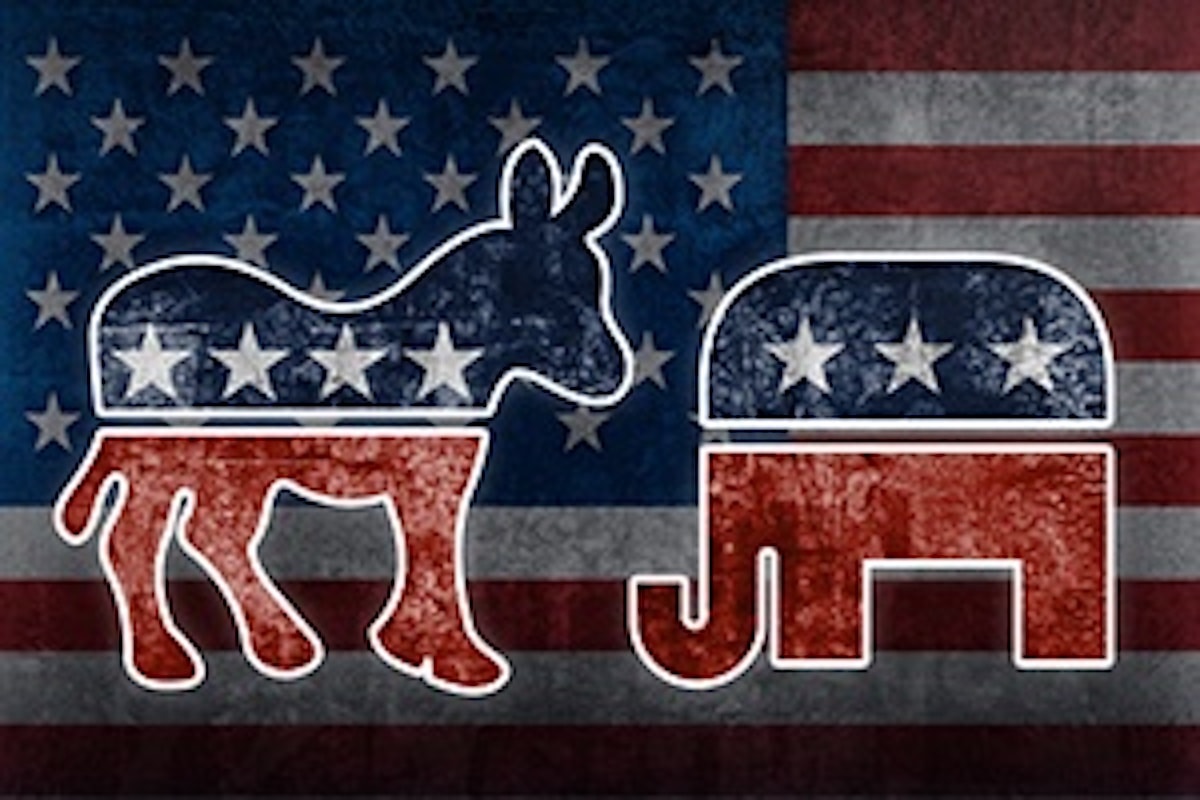 On November 3rd, millions of Americans will cast their vote for the next President of the United States. Although the outcome of the election is uncertain, one thing we can count on is that plenty of opinions and prognostications will be floated in the months leading up to Election Day. In financial circles, this will almost assuredly include perceptions and opinions of market impacts. But, should long-term investors focus on presidential elections?

It is natural to draw a connection between the administration in power and the influence they may have on markets. However, we would caution investors against making short-term changes to a long-term plan to try to profit (or avoid losses) from changes in the political landscape. The 2016 presidential election serves as a recent example of the risks associated with trying to forecast market movement based on election results. There were a variety of opinions about how the election would impact markets, but many articles at the time posited that stocks would fall if Trump were elected. One article went as far to say, "Wall Street is set up for a major crash if Donald Trump shocks the world on Election Day and wins the White House." Yet, despite President Trump being in office, along with ever-present uncertainty arising from a host of events including the Brexit vote, negative interest rates, trade wars, and geopolitical turmoil in the Middle East, to name a few, the markets reached all-time highs prior to COVID-19.

It seems that the world is changing and this crisis has cemented the dominance of a handful of very large technology companies (FAANG). Given their scale and recent outstanding performance, why shouldn't investors just focus on them?